When we lived in a villa in Magnarp, outside Ängelholm, when I was a kid, we had several cats. Some of them was our neighbours, but we let them in sometimes. 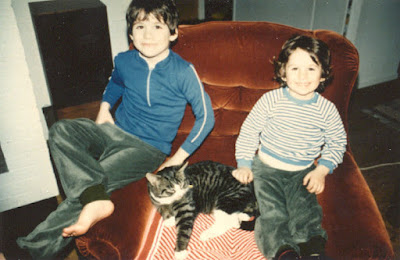 Here is me and my sister Therese, with our absolutley first cat, Randi. Randi was cuddly, but pretty easy afraid. 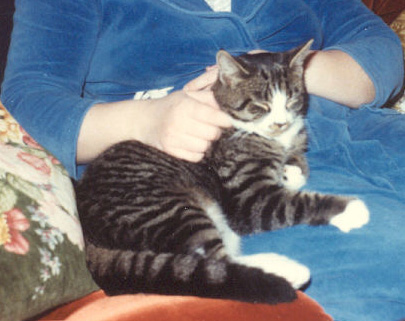 Randi in my moms knee. 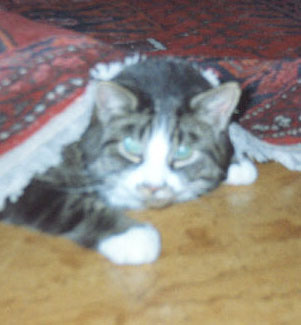 Randi under the carpet. 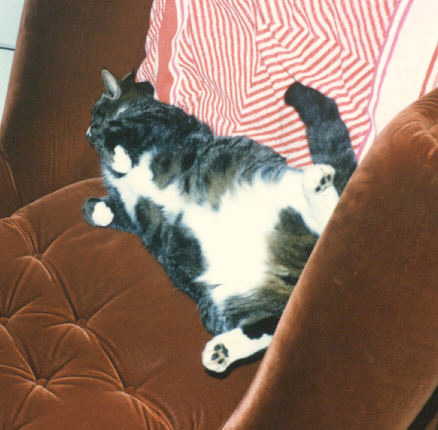 Randi in an armchair. 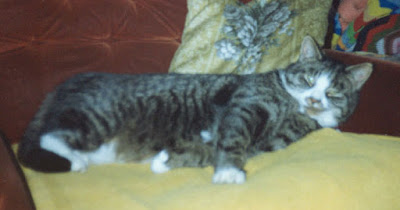 Another picture of Randi in the armchair. 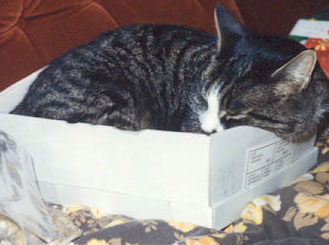 Randi in a box. 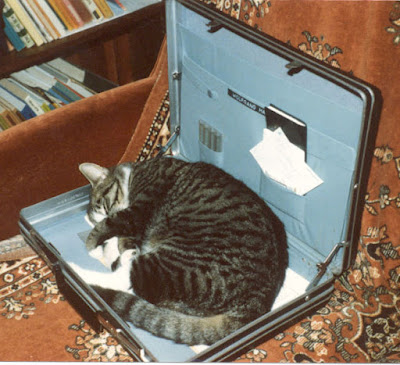 Randi in a briefcase. 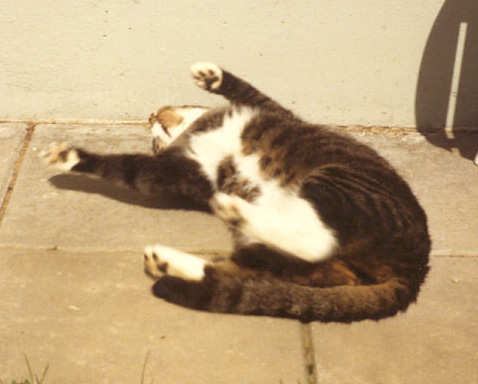 Randi in the sun. 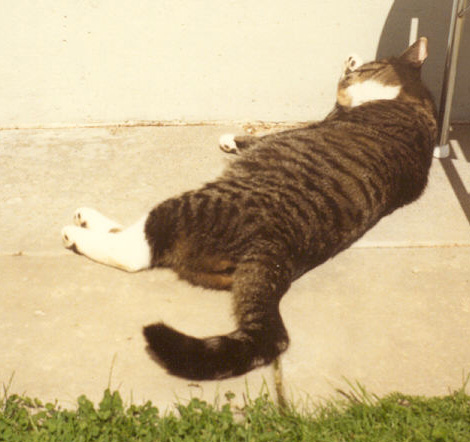 Another picture of Randi in the sun. 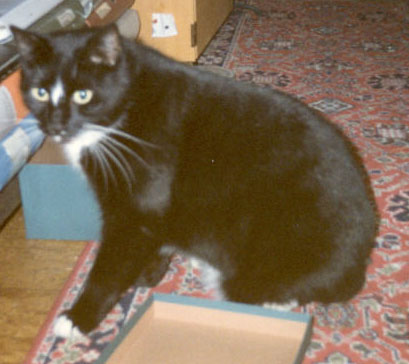 This is Nisse, our neighbours cat. He was a daily visitor. 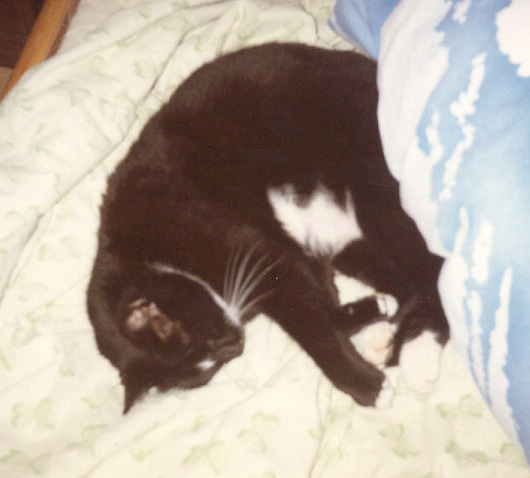 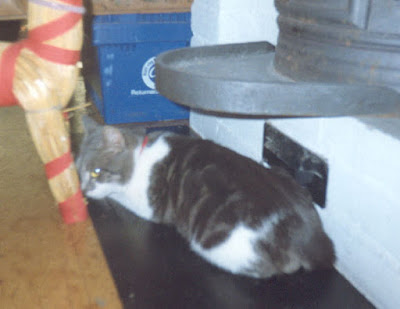 This cat, we called Piano, because we had a piano, and he liked to step on the piano keys and playing. Poor little Piano was hit by a car, and died... :( 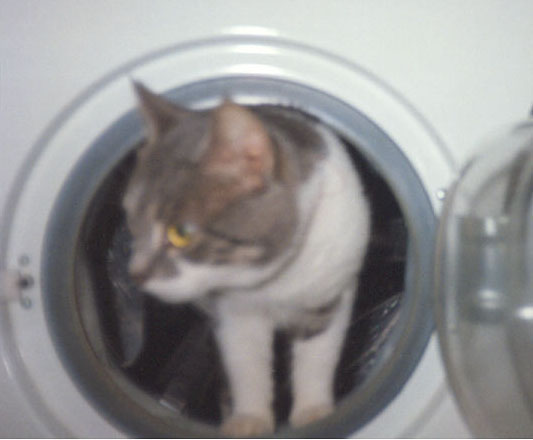 Piano in the washing machine. 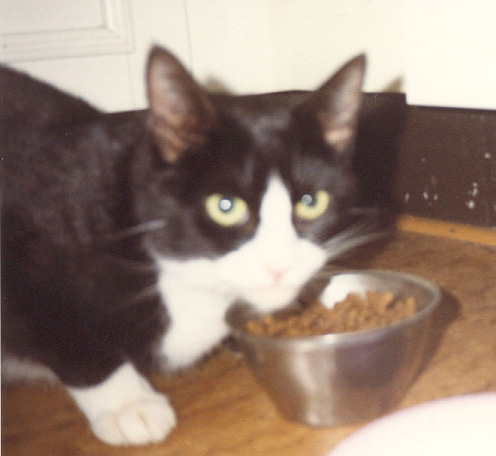 This is Affe, our neighbours cat. 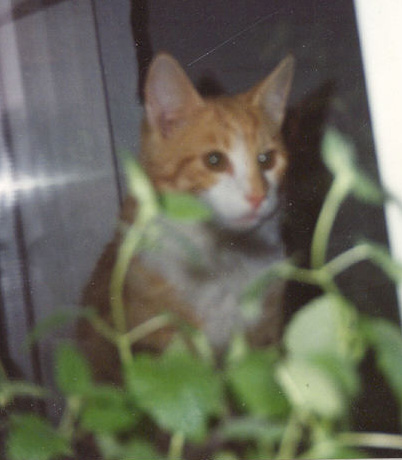 This is Gustav, another neighbours cat. 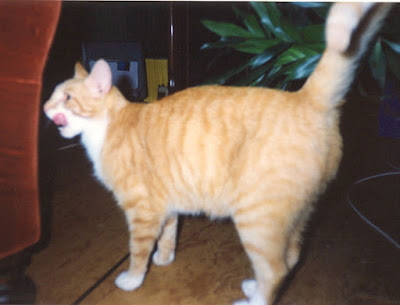 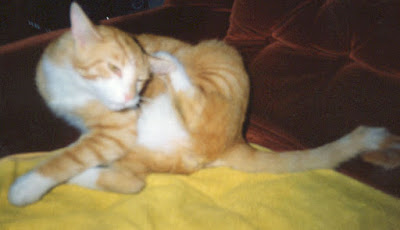 Gustav is scratching himself. 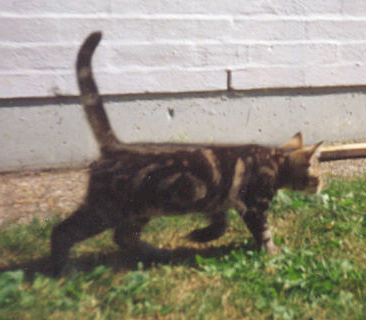 I don't really remember this cats name, but we called him Jamsen. Sometimes he visited us, and all the other cats went crazy. Sometimes they were fighting with Jamsen. 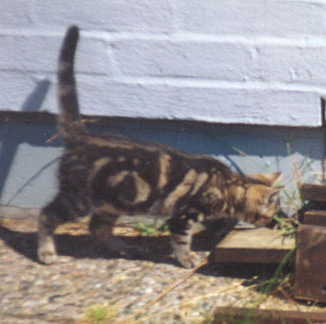 This is Bobo. Bobo moved with my mom and my sister when we sold the house 1996 and moved in to Ängelholm. It went surprisingly good, to take him from have been an outdoor cat to move into an apartment. But he is not with us anymore... :( 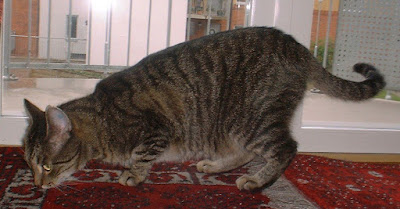 Bobo again. This is when he was visiting me, in my current apartment.